YourSay, The Sunday Telegraph, Sunday 10th January 2021
Readers contributions on the theme of Pandemic Escapes - Closer to Home
Winning Letter of the Week (£250 Aito Holiday Voucher)
Between the locks, under bridges, beneath the trees, by the lapping margin: falls the silence. Peace broken by the kingfisher's iridescent flash; sliced by the cream-jerseyed bowler running up the crease, spectators crouched like grounded beetles in distanced deckchairs; peace echoed by the fishermen blinking toadlike on the bank. Released from the gilded prison of home, exchanged for the narrowboat's floating jail, our family bubble drifts outside the world. Writer-son drinks vodka, contemplating infinite reflections in the canal's dusky mirror. Pilot-son discovers a new element, sliding his metal craft through clouded water. The countryside's green beard grows slow from the banks, creeping down red sandstone cliffs, handing us blackberries, concealing herons, throwing acorns on our roof. Aqueducts, motorways, malls, church towers, cricket grounds appear and then float forgotten behind us. The Staffordshire & Worcestershire Canal is a place not of this earth; it's what we needed.
YourSay, The Sunday Telegraph, Sunday 21st March 2021
Readers Contributions on the theme of Spain or Greece?
Published short article - History in the Making
The valley of Nemea, voices on the wind. Golden-eyed warriors sleep quiet in their graves as the grass grows long. Their lions wait patiently by the open gates, guarding the emptied treasury.
History never left this place. A millennium after Mycenae slipped into its slotted-stone sleep, Epidaurus took the stage. The amphitheatre thrums even yet with echoing drama; masked actors gesticulate, shadowed by overhanging pines. Romans succeeded Greeks, succeeded by Turks, succeeded by Greeks. History turns like a wheel. The germlines of our civilisation weave like the grass around the ruins; old before our people made cups of clay. We love Spain of course, but we learn from Greece.

About Me
Trained as a teacher, morphed into international sales rep., I've taught, travelled, argued and eaten my way round the world, following my nose into neighbourhood restaurants and talking to the cooks. I've obsessively collected recipes for life's varied circumstances:  living alone, cooking for a rugby team, comforting a friend in need, providing meals for a group of seniors, holidaying with the family.

​Now I write historical romances and cooking books, and grow wonky fresh vegetables in my allotment.  "A Hug from the Kitchen" is my book about comfort cooking and the title of my blog. Have a look at my blog page for current recipes, which are often based on my allotment produce. 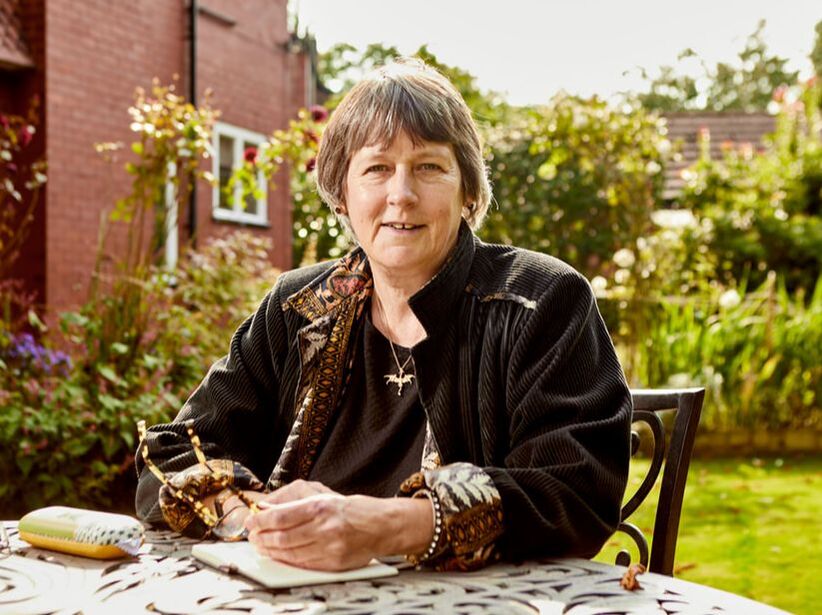